As I sit here at Midway airport in Chicago getting ready for a little weekend adventure in San Francisco, I keep thinking about one fascinating person I had contact with already today.  It's barely 7am so that is saying a lot.  I had just go through security and was in line at Potbelly for some much needed coffee and a little breakfast to go with it.  The line was full of mundane faces...frowns, sleepy eyes, tired looking parents and crabby airport workers.  It was virtually silent until.....a Potbelly worker walked in and started yelling out:  "Hey everybody, how's your day?  How's your life?  How's your energy?"  I think I just turned and stared.  Then of course my mouth fell open.  The sentence that would have come out is "How are you this happy?"  He still kept going:  "What are you having?  How are you?"  It was pure awesomeness.  He woke me out of my own swirl of worries, negative thoughts, and all the other usual thoughts that roll through the ticker tape in my mind.  I worry to the extreme and it can often put some damage into a fun weekend.  This guy snapped me out of it.  Just watching him do his own personal day-to-day tasks with such a high amount of energy made me realize that all is good.  It just is.  Take this as your own reminder today, no matter what you have going on.  If you are making sandwiches at Potbelly, if you are going to work, if you are going to the doctor or if you are going to San Francisco, just take it all in everyday.  Think of the sandwich maker today and remember to ask yourself:  How's your energy?  How's your life?
- February 19, 2016 No comments:

This year I am focusing on COURAGE.  It's the first time I picked a word to dedicate an entire year to.  It seems like it is something easy to say, but how the heck do you focus on one word for an entire year and even further, what do you do?  I am sure it is not just sitting around chanting "COURAGE, COURAGE, COURAGE!"  I had a feeling there was more to it but I had no clue how to get there.  Then I had an idea.  What if I broke it down?  Overall, I want the courage to face my fears, move past my doubts and try things I never believed I could do.  Over the last five years, my fears always revolve around courage.  I have managed to do a great job of running from my fears and never facing them.  I always thought I was facing them head on, but after further review, turns out that wasn't the case.  So, in order to break down the year long focus on courage, I thought of twelve mini focus words - one for each month of the year.  Along with the word, I found a book that could tie it together.  In January, my focus word was courage.  I decided to kick of 2016 with a bang and go right to the main word.  The book I added to it was Brene Brown's Daring Greatly; fantastic start to the year!

Here we are in February and my focus is MINDFUL.  Mindfulness is a huge buzz word these days.  I love it and I love what it stands for.  I am not the best at practicing it but there is always a time for a first.  So, this month I am trying to be mindful in the every day things.  I am trying to pay attention to the food that I eat.  I am trying to just live in the moments - the good and the bad.  It's easy to be a part of the good, but it is next to impossible to be a part of the tough times; those times of fear.  This is where learning to be mindful is certain to help me.  I think this is where courage becomes useful too.  My book of choice to go along with MINDFUL is Tara Brach's TRUE REFUGE.  She teaches the mindful practice and how it worked for her, helping her move past tough times in her life.  I think focusing on mindfulness in the second month of 2016 will help me build the basis of my year of courage. 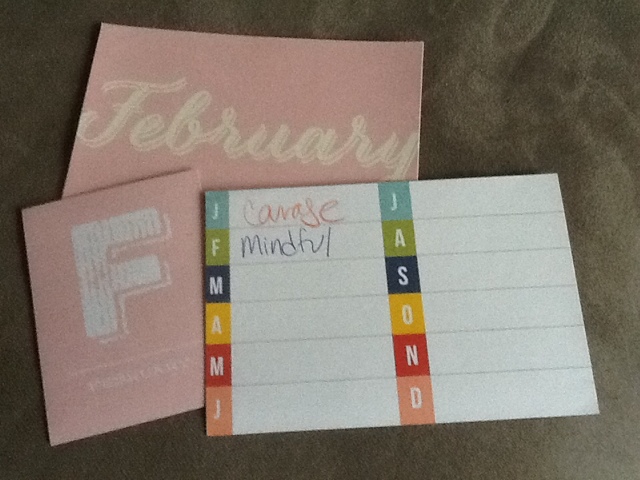 Dragonflyangel
Welcome to the world of cancer survivorship! I was diagnosed with breast cancer in 2010 at the age of 32 years old. Navigating the world of cancer is the scariest thing I have ever done. That is why my mom and I started The Dragonfly Angel Society. Our focus is on cancer survivorship and how to get through the "now what" after active treatment ends for both survivor and co-survivor. We are still learning every day!

Where You Can Find Us!

Promote Your Page Too